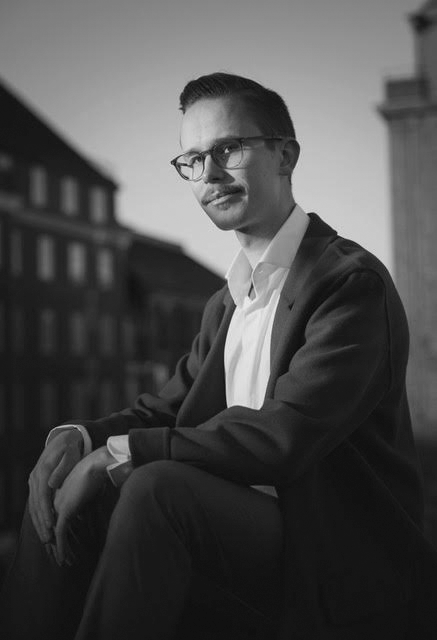 Tuomas Kettunen (1992) is a Finnish composer of contemporary classical and media music. He holds a Master of Music in music composition from the Sibelius Academy in Helsinki. Kettunen has also studied in Los Angeles, California, at USC Thornton School of Music. Alongside his work as a composer, he works actively as a teacher of composition.
The great focus of his latest works has been to explore the possibilities of including extra-musical material and documentary elements into a musical composition. His musical textures combine rhythmical loops and microtonality with historical and non-musical quotations. His works include pieces for full orchestra, chamber ensembles, solo instruments, documentary films and radio.

SARASTUS
The title of the piece “Sarastus” is a Finnish word for dawn, more precisely for the exact moment of the first sunlight in the morning. The music is based on this moment – it begins in darkness but over time the lightness takes over. Dawn can also be seen as a metaphor for a new beginning, circulation, rebirth or hope.