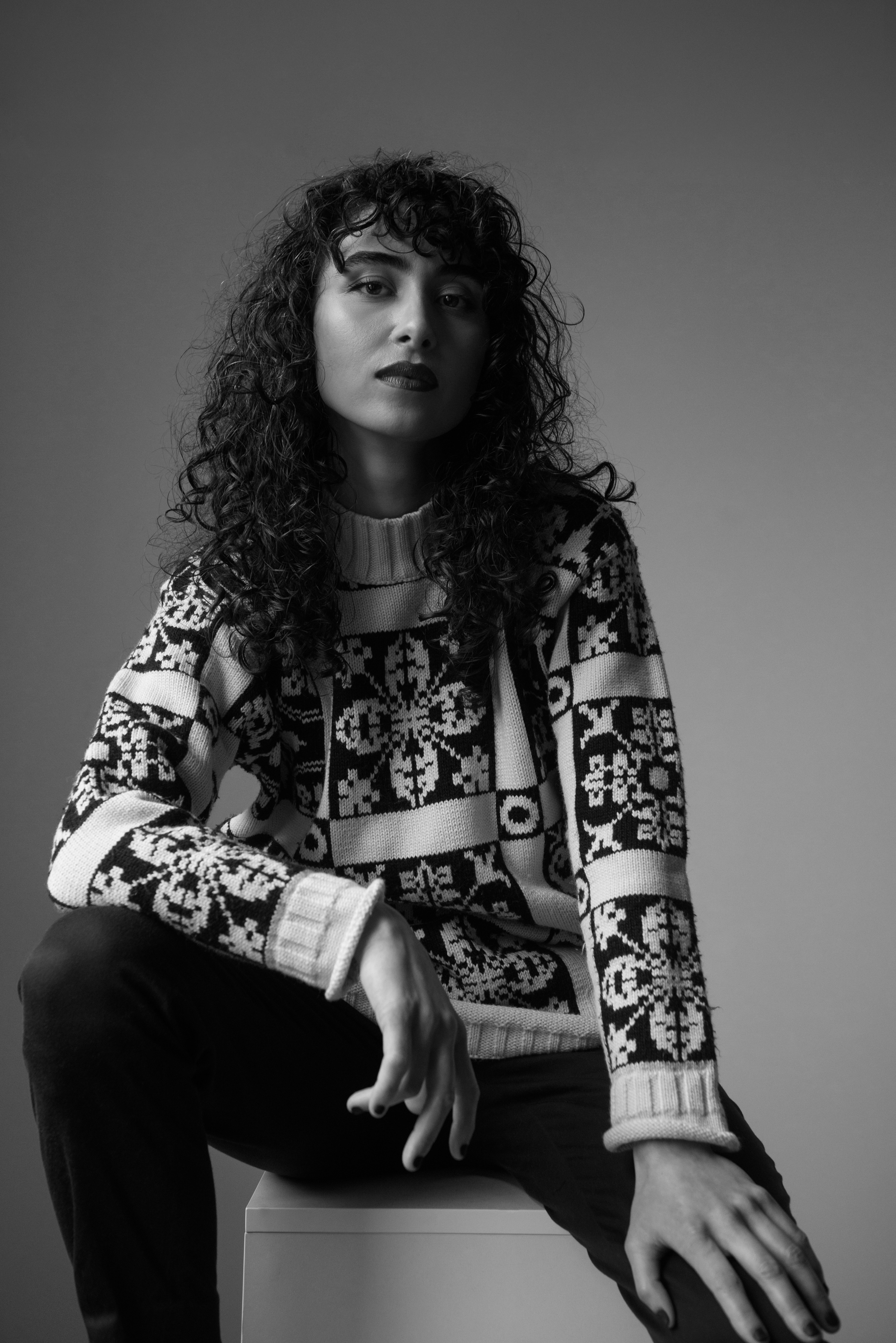 Neli Pantsulaia (1993) is a Copenhagen-based Georgian composer, raised in Moscow and Tbilisi. She completed a master’s degree in music composition from the Royal Danish Academy of Music in Copenhagen (2020), with professors Niels Rosing-Schow, Jeppe Just Christensen, and Hans Peter Stubbe Teglbjærg.
Her works are strongly influenced by various elements and images of human perception, evoking authenticity, conceptual form, and nostalgia. In her music, Neli Pantsulaia works cross-genre and emphasizes a dramaturgy-based narrative by using different kinds of art forms. Before her studies in electronic composition at the Royal Academy of Music, Aarhus, she received a BA in Music (2017) from the Tbilisi State Conservatoire.
She is a member of the duo Shattered Objects and is co-founder, co-director, and performer along with composer Sophia Sagaradze. They explore politically-charged aspects of cultural identity through their performances. As they combine experimental aesthetics and new music, they transform pop-cultural perspectives within the context of their socioculturally complex backgrounds.

REVELATION
Nightclubs and churches are two entirely different places that could also be regarded as cults in ‘Revelation.’ The piece focuses on the underground techno sound that has become a political statement, along with the church in my home country, Georgia. Marginalized youth who are excluded from conventional society and carry the traumas of earlier generations seek refuge in the non-mainstream music scene at night. Through the visuals of self-flagellation and sanctification, performers expose their vulnerability and fragility. In both nightclubs and churches the dress code, rules, and tolerance are essential elements of creating an environment of exemption and acceptance. The work presents a modernized perspective on ritualistic mannerisms and reveals the lust that exists in patriarchal environments.